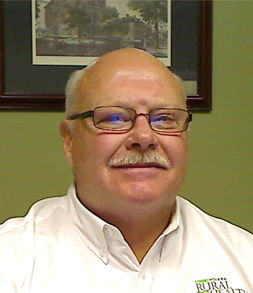 Don Kelso, MBA, is the Chief Executive Officer of the Indiana Rural Health Association (IRHA) and was hired by IRHA in 2008. Previously, Kelso served as Vice President of Operations at Daviess Community Hospital in Washington, Indiana, since October, 1998. Prior to that, he served as Vice President of Human Resources at Daviess Community Hospital from 1994 to 1998 and Director of Human Resources at Jasper Memorial Hospital from 1991 to 1993.

Don Kelso has been the Chief Executive Officer of the Indiana Rural Health Association since January 2008. With a current staff of 28, Kelso leads the largest state rural health organization in the United States. With over 3000 members, IRHA has demonstrated success and leadership in many rural health initiatives, such as: broadband connectivity through fiber construction, rural hospital networking, Telehealth adoption for mental health and stroke care services, Rural Health Clinic disaster preparedness/education and support, tobacco cessation education, E-Learning/education, and annually hosts the largest state rural association annual conference in the country. Kelso is also responsible for the management of $1,500,000 in federal grants from HRSA and ORHP (Office of Rural Health Policy).

Don earned his B.S. in Business from Oakland City College and his M.B.A. from Baker College.

Don and his wife Rosie have three grown children, three granddaughters, and one grandson.

I’ll admit it: When I got a call early last week requesting my presence at Putnam County Hospital on Wednesday, I had mixed feelings about it. Why would any sane person walk into a hospital when there’s still you-know-what to worry about? But common sense got the better of me.

6 Steps for rural hospitals to rise to the coronavirus challenge

The primary steps Margaret Mary Health took to address a surge of coronavirus patients included formation of a response team and expansion of telemedicine.